My daughter just related this true incident that happen to her friend's mother. She was eating breakfast at a makan stall in a wet market. A man approached her and asked if she would like to buy some fresh durians. Being a durian lover, she said yes. The man then asked her to follow him to his stall nearby. At his stall, there were lots of durians. The man opened some fruits to show her the freshness of the durian. She was quite taken aback that he opened quite a few, so she said only wanted 5 durians. Suddenly, the man asked, "What am I going to do with the opened durians?!" He insisted that she buy all the opened fruits. At this point, two > big men with tattoos appeared at the stall. The frightened woman decided not to buy and quickly walked to her car. But just as she opened the car door, the 'durian seller' came up behind her and slammed her door shut! He waved the parang he had used to open the durians and demanded RM 400 for the 5 durians she had wanted to buy. The lady tried to protest about the price, but the man shouted at her, waving the parang threateningly close to her head. So, after some 'bargaining' (pleading), the three men settled on a price of RM 300 for five durians! This incident happened in Cheras, but a robbery scam can be set up anywhere. Beware, because they pretend to be legit traders, and durian sellers do carry parangs in broad daylight, so they have an alibi. If the cops show up, they'd just deny everything. Times are hard now, and criminals are cooking up creative ways to rob the more vulnerable ones in surprising ways.

MashaAllah please beware & be alert at all time... People is gettin braver & crazier...
written by Nina Zee at 12:04:00 AM No comments: 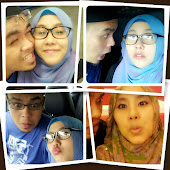